The practice of looking someone up on the Internet is so common that the terms “Google” and “Googling” have entered the dictionary.  Millions of people resort to Google every day to find out more about specific individuals–whether it be for professional reasons or for personal curiosity.

For medical professionals, the information that Googling a person provides may help to establish a diagnosis or to allay a concern about the patient.  However, there are potential ethical and professional considerations that must be taken into account when looking into patients’ backgrounds without their knowledge.

No Official Ethical Guidelines Yet

The American Medical Association (AMA) has no official stance on when it is ethical for a physician to Google a patient in the AMA Code of Medical Ethics.  The AMA provides some general guidance on the appropriate use of the Internet and social media by physicians, but has no specific guidelines for patient-targeted Web searches.  However, they have begun examining the potential issues in a recent Council On Ethical and Judicial Affairs Open Forum, held in June 2015.

The forum discussed a number of emerging ethical issues and attempted to identify scenarios in which investigating a patient online may or may not be appropriate.  The forum was also interested in describing the ethical arguments for and against investigating patients online.  Findings from the discussions may be included in the AMA’s Code of Medical Ethics in the future.

The American College of Physicians (ACP) and the Federation of State Medical Boards (FSMB) released a policy statement in April 2013 that mentions some of the potential benefits and pitfalls for healthcare professionals who Google patients.  The policy statement suggests that although anecdotal evidence exists that indicates Googling of patients can be beneficial to health outcomes, it “may threaten the trust needed for a strong patient–physician relationship.”  If a patient believes that his doctor is spying on him through the Internet, trust may disappear from the doctor-patient relationship very quickly!  Neither the ACP or FSMB have strict guidelines on when Googling a patient is appropriate.

The Opinions of Physicians

Physicians themselves have many conflicting views on when it is appropriate to Google a patient.  In an article written by Dr. Rebecca Brashler for the Physical Medicine and Rehabilitation Journal, she notes that anecdotal responses from physicians vary greatly.   Physicians’ opinions on Googling patients ranged from “Of course it’s OK” to “It’s highly unprofessional and unethical.”

In an article published by the New York Times on January 6, 2014, Dr. Haider Warraich suggests that the only legitimate reason for a doctor to research his/her patient via the Internet is when there is a safety issue.  Dr. Warraich goes on to cite the following examples:

Dr. Warraich suggests that instead of searching the Internet to understand a patient’s background, in most cases it is more appropriate to “simply ask the patient.”

Some physicians are asking the AMA and Federation of State Medical Boards for more guidance on the ethical issues involved.  Maria J. Baker, an associate professor of medicine at Penn State College of Medicine, has co-authored a paper which asks medical bodies for assistance in navigating this tricky area.

Dr. Baker told Science Daily in February 2015, “Googling a patient can undermine the trust between a patient and his or her provider, but in some cases it might be ethically justified.”  Dr. Baker suggests that some level of guidance from regulatory bodies may be required, saying: “Healthcare providers need guidance on when they should do it and how they should deal with what they learn.”

The paper, entitled “Navigating the Google Blind Spot: An Emerging Need for Professional Guidelines to Address Patient-Targeted Googling,” concluded there were only 10 situations in which Googling could be conducted without ethical concerns:

Co-author Dr. Daniel George believes that this set of scenarios might help begin the conversation for establishing solid ethical guidelines for professionals in all medical jobs.  In an interview with Reuters, Dr. George suggests: “Every conversation has to start with something. This is the raw clay that we hope the field sculpts into set guidelines.”

Even in a scenario when Googling a patient may be ethically permissible, we must always question the validity of the information presented to us on the Internet.  Medical providers, in particular, must consider the potential biases in reviews and profiles that are featured at the top of Google searches.  It remains the responsibility of physicians to verify the accuracy and credibility of the information that we find on search engines.  False information about a patient can be more dangerous than having no information.

Access to sophisticated search engines and dozens of social media outlets is as simple as a click of a button or two.  But as medical providers (who value the sanctity of the doctor-patient relationship), we have a moral obligation to tread very carefully on the Internet — and Google is no exception.

One thought on “Should Doctors GOOGLE Their Patients?” 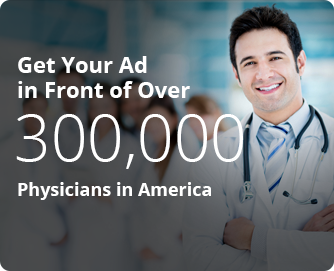